Fortnite High Octane Quests – How to Complete Them All

These are all of the Fortnite high Octane quests, what rewards you get, and how to complete the tricky ones.

The latest Fortnite V22.40 update has brought the Rocket League Octane vehicle into the game. Alongside this brand-new car, there are some special High Octane quests to complete too. These quests challenge you to get involved with the Octane content, like using the car in-game, and playing creative maps. Through playing the Fortnite High Octane quests, you can get rewards and free items in Fortnite and even in Rocket League.

Fortnite Rocket League crossover happens fairly often, with Epic’s two games regularly promoting each other’s new content and esports. This latest event is one of the more expansive, though. Fortnite has gotten the Octane vehicle from Rocket League, and their own Whiplash has been brought over to Rocket League and Sideswipe. Alongside these items, you can get some exclusive prizes for playing.

These are all of the Fortnite High Octane quests you can use to unlock rewards, along with the best way to do them and what rewards you can get at the end of the questline.

The Fortnite High Octane quests feature quite a few rewards. There are in-game items for Fortnite but also Rocket League. Along with that, you can get up to 220K XP, which is going to help quite a bit if you’re trying to get those bonus skins before Chapter 4 starts up.  These are the rewards you can unlock.

Getting through eight of the High Octane Fortnite quests will get you rewards in other games too. You’ll unlock cosmetics for use in Rocket League and the new mobile version Rocket League Sideswipe. These are the cosmetics in this section: If you want to unlock all of those rewards, you’ll need to complete a good portion of the Fortnite High Octane quests. These vary from difficult to a bit tougher and there’s a few strategies you can take to get up to 8. The Battle Royale quests might be some of the easiest for players as you can grab them in normal games. Most of these aren’t too tricky, although one will require a bit of an explanation for how to get through it quickly. These are the Battle Royale Fortnite High Octane quests:

Fly 100 Meters Continuously in an Octane

This is one of the trickier quests. The Octane vehicles can jump and double jump, as well as driving as traditional cars. Some of the cars also spawn on top of the floating balloons on the map at the moment. These are better spots to get 100 meters of distance without touching the ground. There are some guaranteed Octane spawns that make this easier. This is where they show up:

There is one of these spawns in particular, which is easiest for you to grab the achievement at, though. It’s the spawn behind the Reality Tree, northwest of Greasy Grove on one of the floating aircraft carriers. The Octane that spawns here is basically lined up to finish this quest. Hop in the car, roll it back a little, then head directly off the ramp ahead of you, boost at the end. This jump will send you over the 100-meter line pretty easily. This clip is how it’s done, but it is pretty simple. 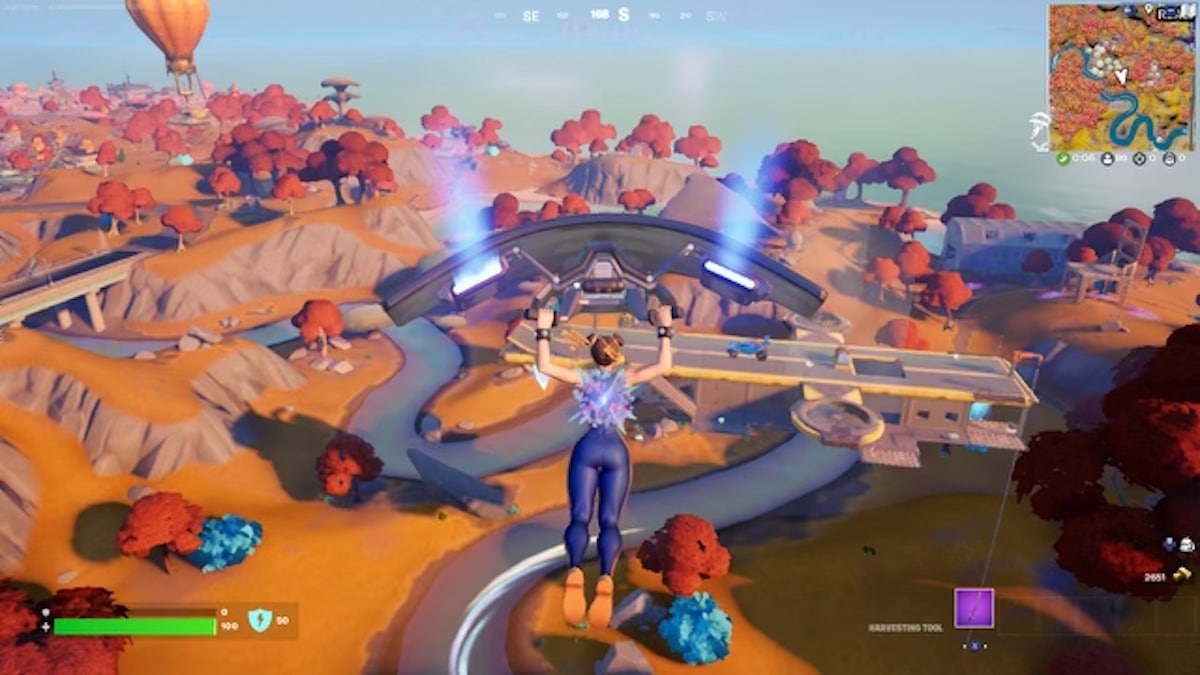 There are other spots on the map where you can do this. Most places with a ramp are going to work if you get enough of a run-up. That spot can achieve both grabbing an Octane and getting the quest done relatively quickly.

This one of the Fortnite High Octane quests is also slightly trickier. For this quest, you’ll need to jump in the air high enough that you can perform the 720 spin. This is once again easiest at that spot near the Reality Tree and Greasy Grove, since you have plenty of build-ups to spin around that much. Most spots are going to be possible for this one with the right boosts too.

Hit Opponents While Riding in an Octane

This is the last of the Battle Royale Fortnite High Octane quests and it is fairly simple. Just run down some enemies. This one has had some trouble occasionally tracking, as not everything counts as a full hit. Given the speed of the cars, you should be able to hit a few players just by driving round and chasing them down. 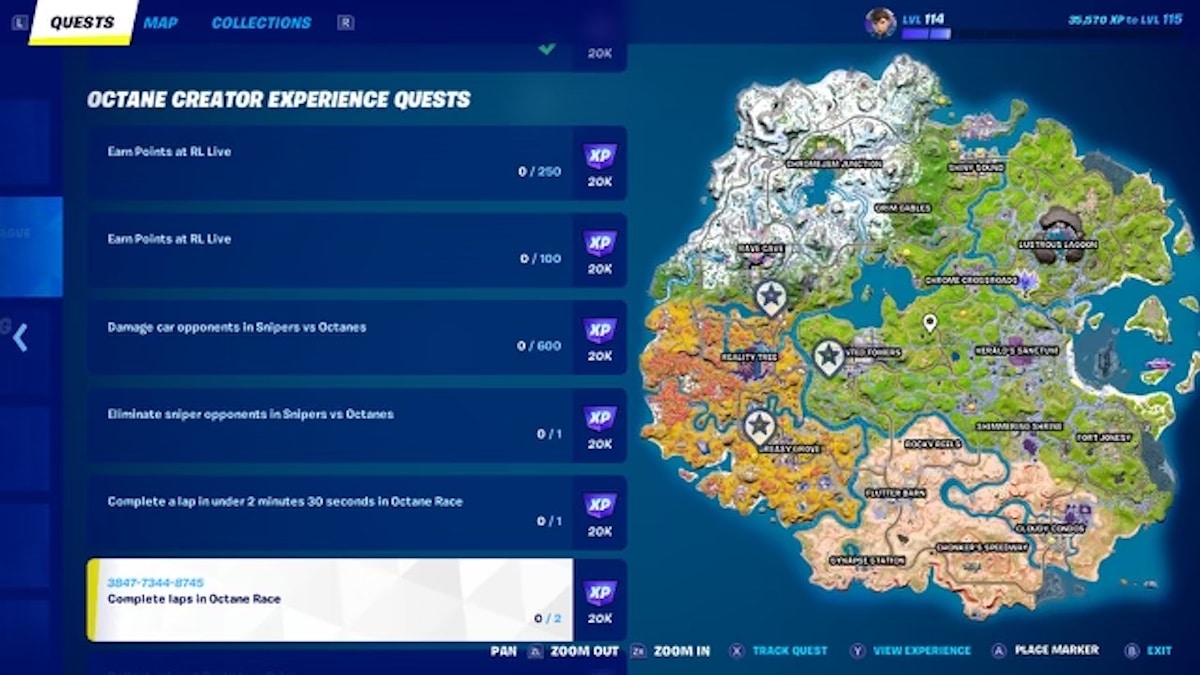 There are a few more High Octane quests that you can do. These ones aren’t in the main Battle Royale, though. If you want to unlock everything, you’ll need to do at least a few of these. You have some options, though. Some of these are relatively simple, like being a part of Rocket League Live events, while others require you to play some specially-made creative maps. These are all of the quests for this section and the codes for where you can join in with them.

The Rocket League Live experience is a creative map you can jump into to complete these quests. This is a pretty easy one, just get involved with the live Rocket League action. The creator code is:

How Long Do You Have to Complete the Fortnite High Octane Quests?

Those are all of the Fortnite High Octane quests. These should be pretty quick to get through. Especially the creative quests, which really just require you to mess around on a few different islands. You have two weeks from launch to complete these quests. This Rocket League High Octane crossover is taking us up close to the end of the season, so this is a last chance for fans to grab some extra XP for this season of the game.

Valve made a duped CSGO skin for...