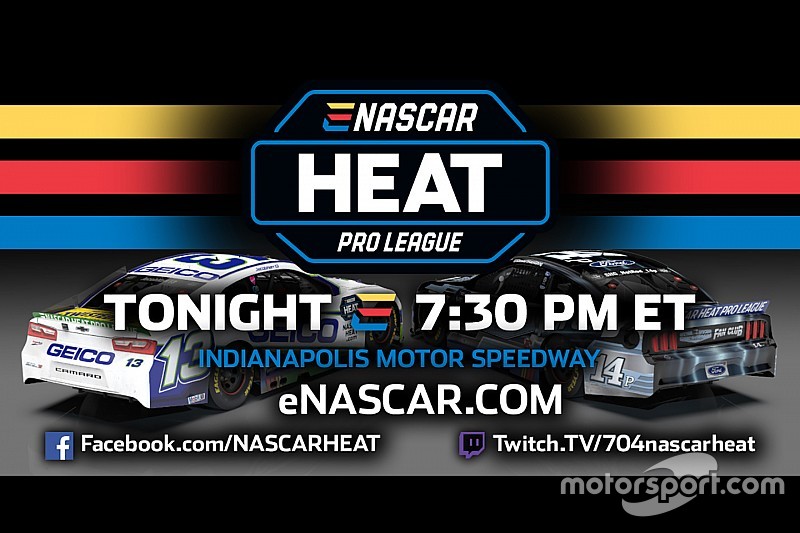 While they might not start up front, the recent finishes by Richard Childress Racing eSports drivers Joey Stone (Sloppy_Joe_YT) and Jordan McGraw (TheJMacAttack34) show the duo are getting hot at the right time of the season.

After finishing fifth to open the season and a pair of results outside the top 10, Sloppy_Joe_YT has really come on of late to score back-to-back runner up finishes while TheJMacAttack34 also scored a top 10 last time out at Chicagoland.

“Jordan and I have worked really hard on our race team and our cars for the races,” said Stone. “We have not gotten the qualifying results as we primarily focused on the race and besides I’m not a hot lapper anyway. I let the race come to me.”

From the editor, also read:

The RCR eSports team has shown they can compete with the best of the best in the inaugural season of the eNASCAR Heat Pro League and the race results are starting to show it.

“This is my first time racing in a league like this so it’s been a huge learning curve for me,” said McGraw. “It’s been a blast and as challenging as I figured it would be when the league started earlier this year.”

Closing in on playoff berth

After Chicagoland, the duo were informed that they had secured a playoff berth only to have it corrected when the final points were recalculated following the Xbox One and Playstation 4 races.

“It was a let down but it has just lit a fire and motivated me to go out there and do what it takes to secure a playoff berth,” said McGraw.

For Stone, it was a blow to hear he had not yet locked himself in.

“My family was watching the race as were a lot of my friends and they were all excited and cheering us on when it was first announced,” said Stone. “It was a big blow for sure but like Jordan (McGraw) said, it’s just made me more motivated than before (to earn a playoff berth).”

McGraw, who manages to work a full-time job in construction and still compete at the highest levels of the eNHPL, knows he needs to get better at qualifying.

“I’ve been so focused on the races but I know I can get better the more racing I do with the guys,” he added. “I race every night after work and work hard to keep finding that little something that will make a difference in the race.”

And for those wondering where Stone’s unique handle ‘Sloppy_Joe_YT’ came from, the origin involves Sloppy Joes of course.

“My mom made me Sloppy Joes all the time and I love them,” Stone said. “I was eating one when I was trying to think of a catchy name and it just hit me while I was eating. I wanted to have something that people would remember and laugh and that was it.”

“We have a lot of momentum after last week’s race and I feel we will be contending the rest of the way for a win,” said Stone.

Fortnite: Battle Royale – The History of a Perfect Storm