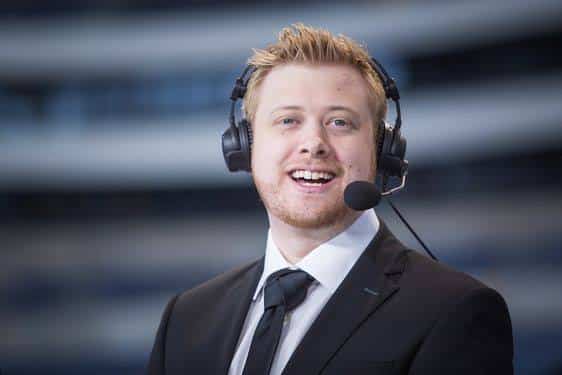 The past week has shaken the esports community to its core, and Dota 2 is no exception. Women related to esports, from cosplayers to casters have raised their voices against misconducts caused to them by various popular esports personalities. Many of them claimed to not have been able to speak up their minds in the past due to these popular personalities being influential, but now that the domino effect has already begun, one after another, the allegations are arising; and even the most renowned personalities seem to wield a horrific past.

Allegations in the Dota 2 scene started with Grant “GranDgranT” Harris, who was accused by co-caster “cofactorstrudel” of refusing to let go of her hand in a TI7 after party where he was allegedly drunk. Soon after Grant posted an apology confirming the claim, he was dropped from Evil Geniuses.

Grant had also posted about taking an indefinite break from Dota 2, with no date of return being scheduled.

This time, it’s one of the most iconic Dota 2 casters being accused by not one, but three different women for sexual misconduct towards them. The three allegations were addressed by Toby through his Tweet, but it appears like fans weren’t satisfied with the statement he put forward.

After being slammed by many people on Twitter for some of his “insensitive” comments, he removed his initial statement and released another statement after “discussing privately with those who want to be heard.”

However, this statement too, failed to please the fans and one of the victims publicly stated her dissatisfaction on Toby’s apology. He also called him out for keeping her anonymous in his statement despite her not consenting to it.

The effects of these allegations turned out to be disastrous for Toby. Beyond the Summit has severed all ties with the caster and have said through a tweet that they “won’t be working with him in the future.”

Another huge blow which came afterwards affected the entirety of the Dota 2 player base. All of Toby’s voice lines in the Dota 2 Battle Pass were removed and replaced by other voice lines. This was later confirmed through a tweet by Wykrhm Reddy.