Ceb is back to OG DotA 2 roster, Sumail removed » TalkEsport 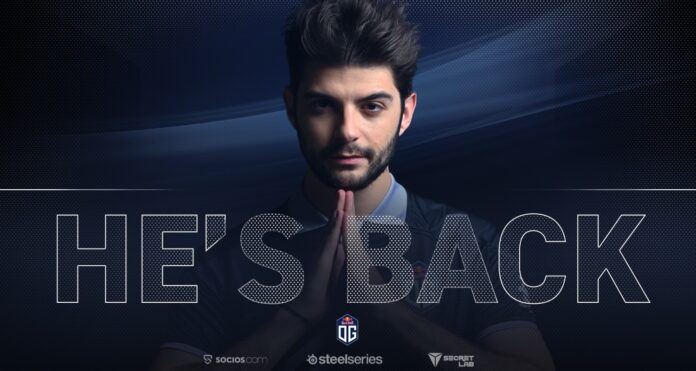 OG has officially announced through their social medias that their two-time TI winning offlaner Sébastien “Ceb” Debs will be making a return to their active Dota 2 roster.

“The cold-headed offlane player of a lifetime, the unmatched starving will of OG, the lakad matatag god is back in the game,” OG mentioned in their official blog while describing the return of Ceb to the game.

Ceb will be taking the place of Syed Sumail “SumaiL” Hassan, who has been removed from OG.

OG describes Ceb’s competitiveness as the prime reason behind his return to the team. “I honestly kinda take offense in the simple fact that other teams think that they can beat us”, Ceb told OG.

OG also hasn’t forgotten to bid a proper farewell to Sumail through their social media handles, “Sumail is one of the best players in the world, as well as a fantastic person to work with. We would like to thank him for his time spent with us and wish him the best.”

US Navy partners with Evil Geniuses to...